The Last Cultural Event Before Manila Shut Down 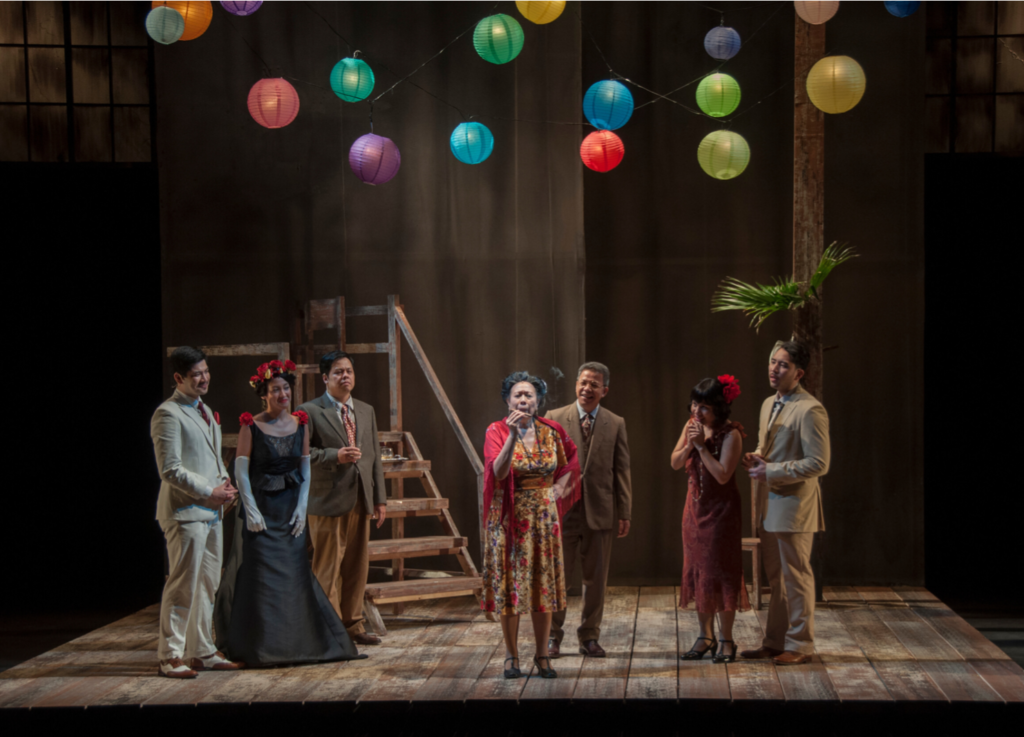 THE LAST CULTURAL EVENT BEFORE MANILA SHUT DOWN

My car pulled in to the drop off at Greenbelt One. I looked out my window at the curved steps by the entrance. There they were, countless sentient beings standing on those steps. They were chatting, laughing, all practically shoulder to shoulder under that feverish summer moon. Then there were arrivals like myself alighting from our cars, making our way forcefully through the crowds like battering rams. Nobody seemed to mind.

The automatic doors slid open and the guard cheerfully chanted, “Welcome to Ayala mall.” As I walked past security, I gasped at the ocean of humanity cascading through the lobby. I zigzagged past them heading for the escalator. It was actually working, but jampacked with bodies as well. What did I expect? This was Greenbelt, on a Friday evening, and it was payday.

I arrived on the second floor at my destination, Onstage Theater. I looked up at the marquee, all ablaze with lights and flaunting the title of tonight’s show.

By the front door were three women sitting behind a semi-circular desk. There was a bit of frenzy as guests checked in, got their tickets, programs and their giveaways.

I waved to one of the women at the desk who smiled and beckoned me in. I sashayed past the crowd and entered the theater.

Was I actually hearing music? Music was never played in this lobby before. It was not the generic background variety one dreaded. It was festive Latin music, Cuban to be more precise, actually Rumba to be exact.

People were excitedly milling around the bar. They were sipping cocktails in a rock glass. I made my way to the bar for a libation. I asked the bar attendant what people were imbibing from those cocktail glasses.

“Cuba libre po, ma’am.” he replied and then asked, “Would you like one?”

I wanted to answer. “Does the sun rise in the East?” but decided to save the sarcastic humor for later and just uttered, “Yes please.”

I sipped my Cuba libre, a concoction of rum, coke on the rocks, laced with a spritz of lime. It cooled, refreshed and kicked with a buzz.

Beautifully set up was the buffet of very epicurean looking hors d’oeuvres. In the middle of the table was this bouquet of very stunning flora. So aesthetic was the spread, yet it enticed. I took a few pieces and savored each scrumptious bite.

I surveyed my surroundings. Everyone was schmoozing away, clinking their glasses. Laughter and chatter were all around. Without a doubt, these were good times. A few used the press giveaways to cool themselves, an anahaw fan painted gold with the Repertory logo in crimson red in the center.

This was not an ordinary evening. It was opening night for Nilo Cruz’s Pulitzer Prize winner, Anna in the Tropics, a play about Cuban Americans who hand rolled cigars in Tampa in 1929. Highly anticipated was this play, REP’s second offering in its 2020 season.

An usher began to ring the bell. “30 minutes to showtime,” he announced.

No one budged. People were euphoric, didn’t want the party to be over.

Then the ring became a bit more urgent. “10 minutes to showtime,” the usher announced.

That was the cue for the revelers. Party was done, it was time for a show. They entered the theater to take their seats. So did I.

My eyes were immediately drawn to a screen on stage flashing phrases in English, Spanish and Russian. Onstage Theater was never packed on opening night, only invited guests were usually there. Tonight, it was a bit more populous. There was also excitement and anticipation in the air that one could almost touch. 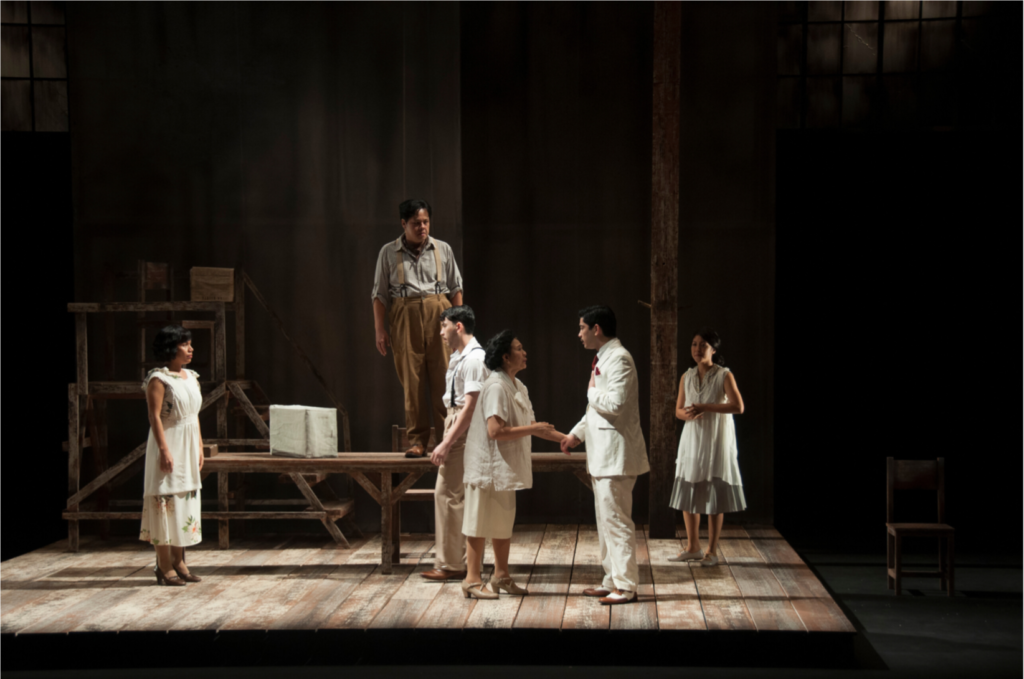 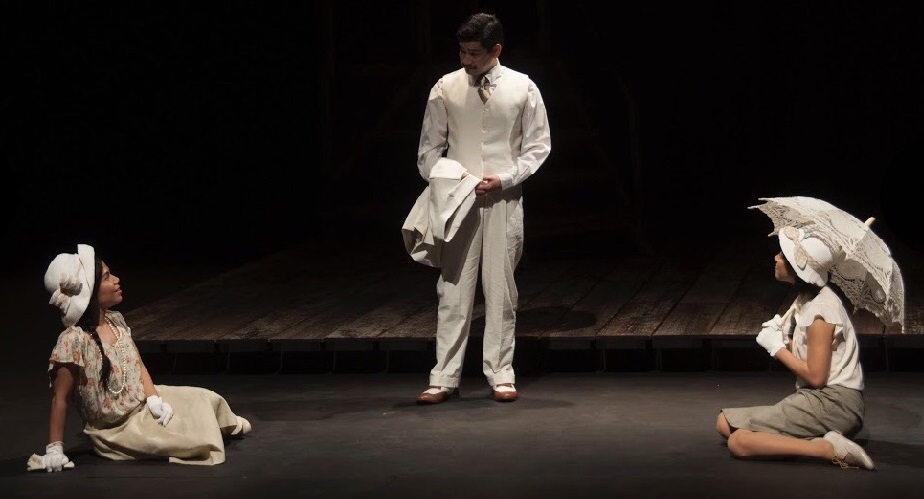 “Ma’am, nandito na po tayo.” My driver announced as we pulled into the driveway of Greenbelt One. He jolted me back to reality. My mind had escaped to a parallel world of what might have been.

I just left BGC fifteen minutes ago. It was a Friday evening on a payday. It would’ve taken me at least an hour to get to Greenbelt One under normal circumstances. Tonight was hardly that.

It was Friday the 13th of March, the night after it was announced that Manila was headed for a lockdown. A pandemic was upon us.There were no more large gatherings allowed, theater had been put in a coma.

I entered the mall and the guard did not have a greeting for me, only a quizzical look and a thermal scanner. He aimed the thermometer at my forehead, squeezed and boom – 37°. I was allowed entry.

The dim emptiness of Greenbelt engulfed the lobby. Not a soul was on the escalator. It was at a standstill so I just climbed. On the second floor, it was just as abandoned. I saw the title of the show at Onstage but the marquee was dark. Since no one was up front, I went inside. There were no lights on.

Anna in the Tropics had been canceled. There was a performance tonight that would be videoed. What would’ve been the play’s opening was now to be the cast’s farewell performance.

I made my way to the auditorium. Surprisingly, there was quite a number of people attending. They would have clustered in the center. Tonight, they were quite a distance from each other, but remained social through hushed conversations. I saw some VIPs, a national artist, Philstage jurors, REP staff, members of the media, director Joey Mendoza’s entire family and those who just had to be there.

An enchanting Spanish melody began strumming on a classical guitar. House lights went dark, the show was on.

Instantly I was mesmerized by the opening tableau that came to life. On the right, three men at a cockfight. On the left, three women on the docks. In the center was a mystery man in a pure white suit whose back was turned. He was the lector. 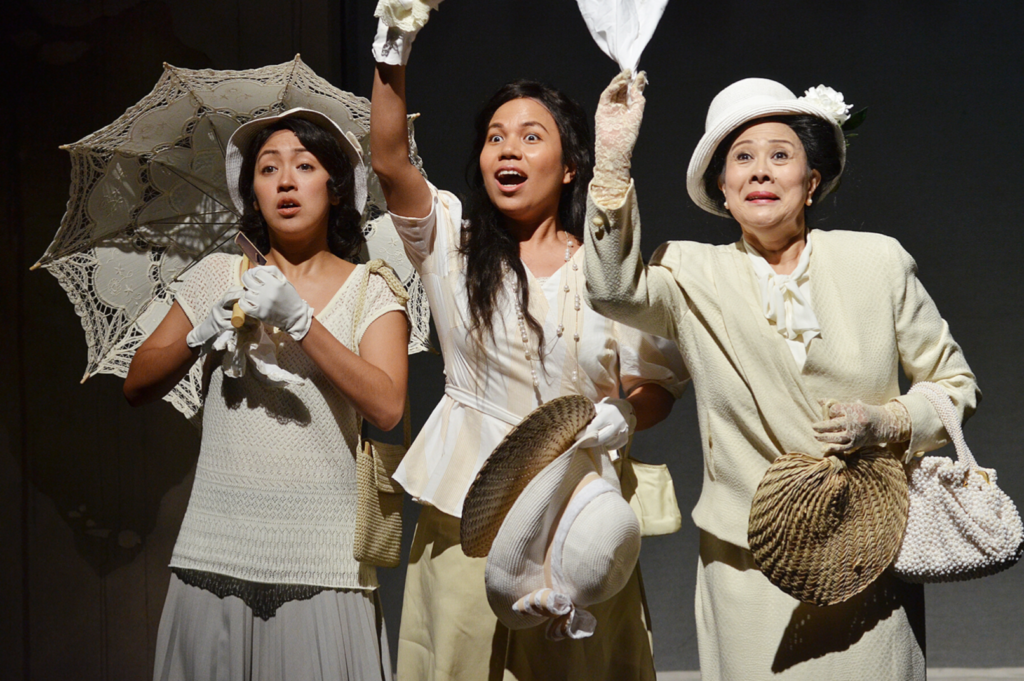 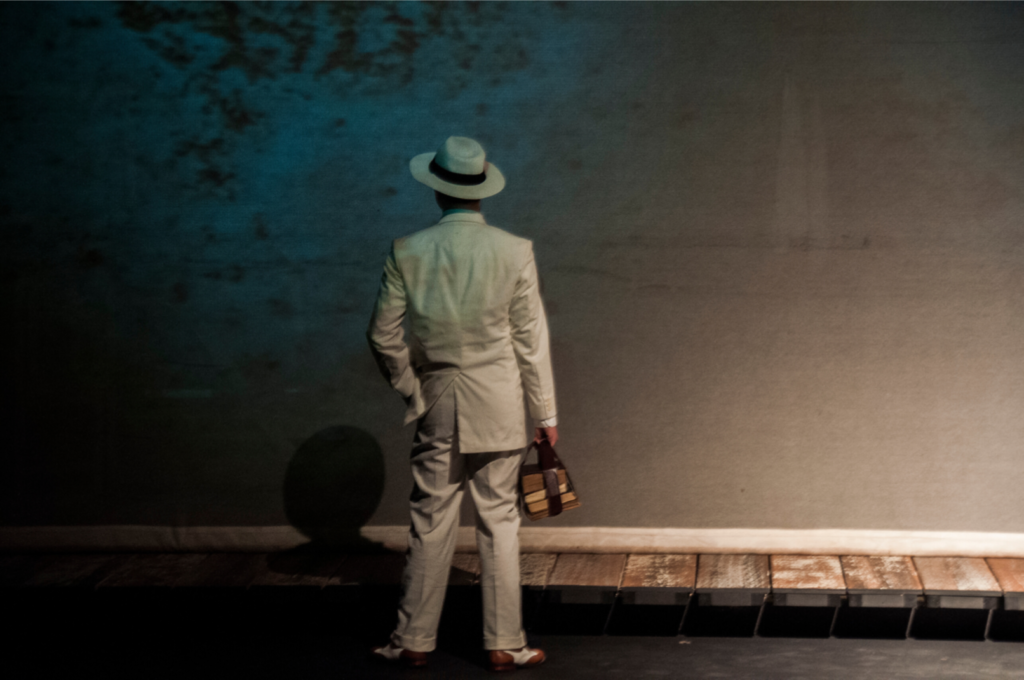 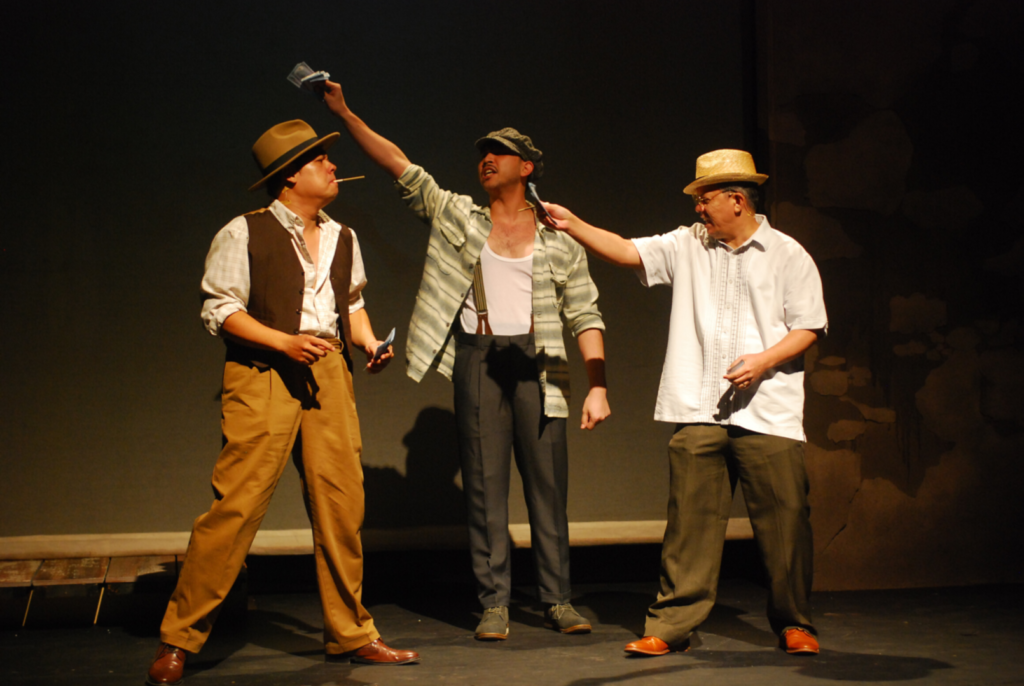 The lives of Cuban American cigar rollers began to unfurl. Simple folk enamored by the complex tale of Anna Karenina, read to them by a dashinng lector. The women were titillated, the men were agitated. Unwittingly they began to have parallels with characters from Tolstoy’s novel. They remained uncomplicated but their relationships were jagged. Before all unraveled, they began to communicate, accept and understand each other.

Outstanding were production elements that just put me in awe. Furniture descended from the ceiling, snow came fleeting down, a train roared up on stage, haunting original music played and resonating sound effects ricocheted around me.

At show’s end when the cast took their final bow, their curtain call was searingly poignant. They were saying farewell to the show that never would be. They embodied the performing arts industry whose curtain had been brought down by a pathogen. Not many were they in the audience, but their applause roared like thunder. 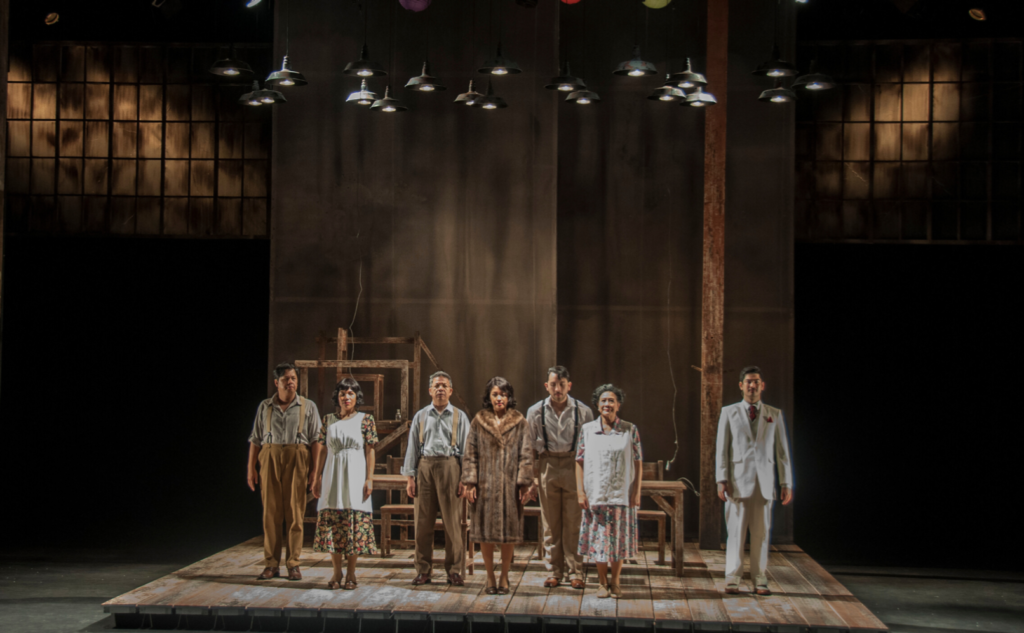 Weeks later, I was back in the theater. I was there to evaluate some assets that had been left behind.

The stage seemed as though it was waiting. I couldn’t help feel that the show not opening was truly a terrible shame. I went up on stage. The set was completely intact. I headed backstage, the costumes were still hanging. The actors surely still had all their lines memorized. Did this production really have to be the show that never was? I wondered … 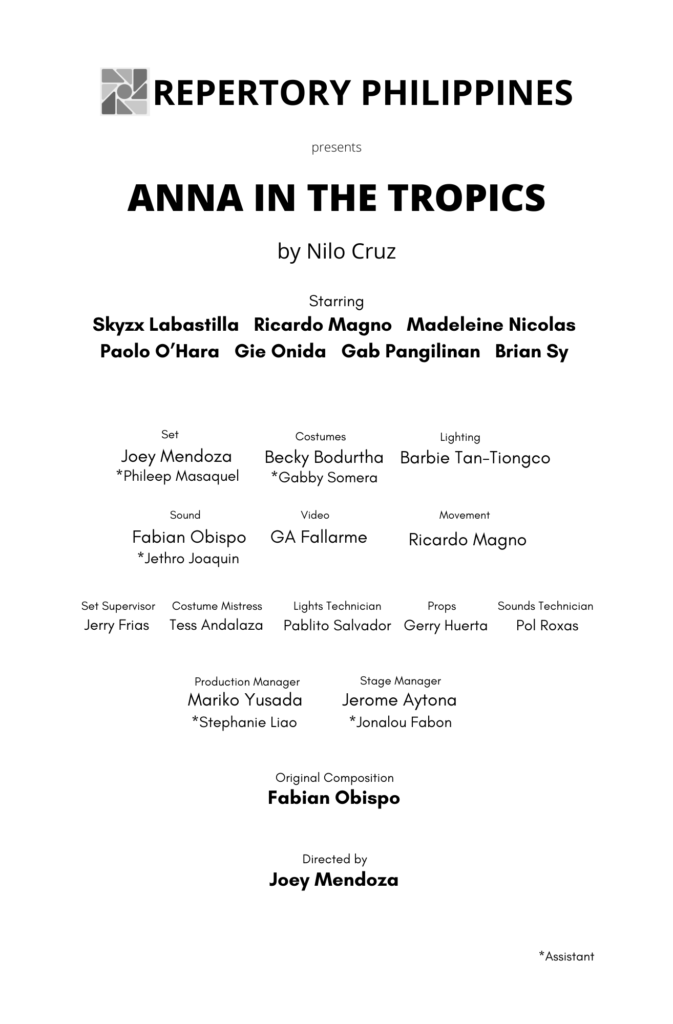