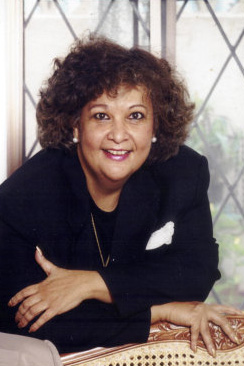 Carmen (Baby) Barredo was co-founder of Repertory Philippines launched in 1967 with Zeneida (Bibot) Amador. For over fifty years, Baby has been in the forefront of Philippine Theater with an illustrious theatrical career that has spanned the gamut of genres from musicals to straight plays to classics. You name the play, Baby has appeared in it. She studied voice under Fides Asencio, Ines Zialcita, and many other noted voice teachers as well as music with Lucretia Kasilag. Daisy Avellana was her mentor in Drama. Baby is gifted with the genius of perfect pitch, that is why her love is to oversee musicals and has been the Musical Director for most of Repertory’s very numerous music productions. She studied voice in the University of Indiana, and then went on to complete Drama in the American Conservatory of Dramatic Arts in New York before coming back to Manila to co-found REP. Baby Barredo has received just about all the coveted dramatic and theatrical awards in the Philippines, too numerous to name. Today, she is the Grand Dame of Philippine Theater, and is Repertory’s Chairman-for-Life and Artistic Director Emeritus.